New US Census data shows Asians are the fastest growing ethnic group in the state, with their numbers driven by immigrants looking for high-tech jobs and young families with babies.

What is unique about the Asian population is their “enormous diversity” on many fronts, explains state demographer Susan Brower. Take, for example, the fact that 82% of Asian Indians in Minnesota have a bachelor’s degree or higher, compared to 14% of Hmong, Minnesota’s largest Asian group, Brower said on Friday.

Income closely follows education level, with about a third of Minnesota Hmong living in poverty, compared to about 3% of Asian Indians. “A lot of our Asian population faces some pretty serious hurdles,” Brower says.

The long-term trend, she points out, is that the state will continue to see the growth of populations of color.

Migration began in the 1970s

Minnesota diversified from the 1970s with the migration of Chinese, Japanese and Filipinos, then Southeast Asians in the late 1970s and into the 1980s, notably the Hmong, Lao, Cambodians and Vietnamese. For the past two decades, refugees from Tibet, Burma and Thailand have taken up residence in Minnesota.

About 6.9% of Minnesotans were born abroad, according to data published on Minnesota compass, And by the way 17 percent of Minnesota residents, according to the Census Bureau, are in the minority – a significantly smaller portion than the rest of the nation at 30 percent. Blacks are the largest minority group in the state, followed by Hispanics, Asians and American Indians.

“We are doing well as a group,” says Sia Her, new CEO of the Asia-Pacific Minnesotan Council. But keep in mind, Her says, that the Asia-Pacific community is made up of groups from more than 40 countries.

“Look at the Asian Indians and Chinese communities,” she said. “They are among the best educated and the richest. So look at some of the more recent arrivals: Hmong, Karen, Karenni, a small ethnic minority from Burma. ” She is of Hmong descent.

Note: Census figures released last week focus on population differences from 2011 to 2012. The numbers in this table and the table below reflect population changes over a 10-year period, from 2000 to 2010.

“There are big differences, but also similarities, the bonds that unite us,” she says, noting the tendency of Asian groups to focus on the importance of family, traditional gender expectations and expectation of children. Asian parents that their children are successful.

Some things change as these populations become more Americanized and more individualistic, she says, and birth rates are dropping. “This is American history,” she said.

Education turns social dynamics upside down, with children becoming more powerful than parents in many ways because they speak better English than their parents and know how to navigate social systems, she says.

The effects of this dynamic are visible, says MayKao Y. Hang, President and CEO of the Amherst H. Wilder Foundation in the city of St. Paul. The city leads the state with 7.22 percent of its population being Asian and Wilder has an established history of serving this population. The social service agency has many programs aimed at Southeast Asian groups in particular, including settlement services for newly arrived immigrants and mental health services for children and adults.

“Now, with several generations of Asian Americans here, we are witnessing a real shift in social strata: the people who came out of poverty, like my family, and then those who fell into intergenerational poverty and are unable to move themselves. get out of poverty and into the middle class, ” says Hang, who at age 4 immigrated to the United States with his parents.

The growing Asian population comes as no surprise to Mark Pfeifer, editor-in-chief of Hmong Studies Journal and consultant to the Hmong Cultural Center in St. Paul, given the group’s high fertility rate, he said. The Journal published a special edition focused on an analysis of 2010 U.S. Census data.

Pfeifer considers census data to be valuable. “I hope that policymakers and others recognize the importance of the Hmong and Asian community, how important they are to economic growth,” he said. 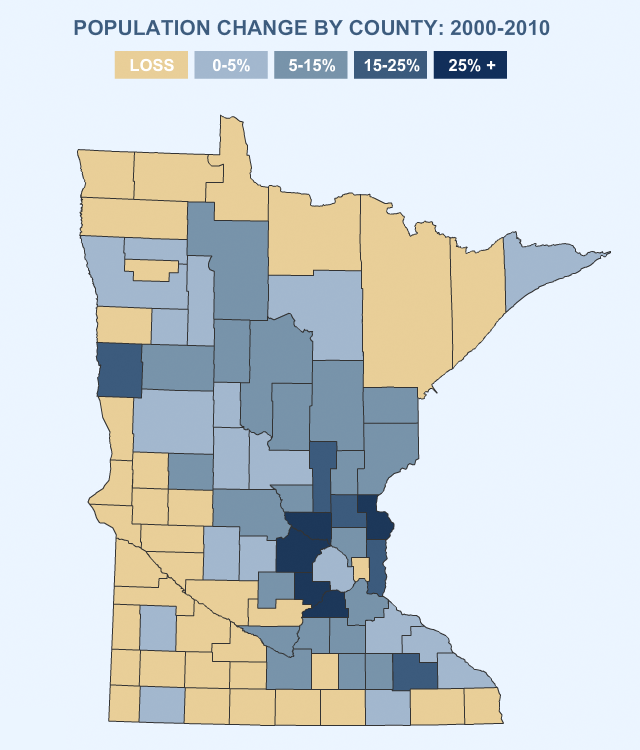 Grant writer for the Hmong group, Pfeifer says he hopes foundations and government will allocate more money to programs he feels these communities enjoy, including arts and culture programs. Minnesota is respected for its Hmong institutions, including the cultural center, libraries and charter schools, he says.

Hang says we need to recognize the changing demographics in Minnesota and across the country.

“I think demographics determine service decisions, business decisions, how we educate people. It’s good for us to know that we are changing, ”says Hang.